MIXED is a grassroots collective of racialized folks of all gender expressions, sexual identities and abilities working together to engage the community in progressive discussions around mixed-race identity and intersectionality. MIXED is not for profit & 100% volunteer-run event. Our aim is to centre the voices of racialized mixed-race identified folks of marginalized genders, sexualities, abilities etc.

Zainab Amadahy is of mixed race background that includes African American, Cherokee, Seminole, Portuguese, Amish, Polynesian and other trace elements (if DNA testing is accurate). She is an author of screenplays, nonfiction and futurist fiction, the most notable being the adequately written yet somehow cult classic “Moons of Palmares”.  Based in peri-apocalyptic Toronto, Zainab is the mother of 3 grown sons and a cat who allows her to sit on one section of the couch. For more on Zainab and free access to some of her writings check out her website.  www.swallowsongs.com.

Kat Dearham is a queer feminist of African and European descent. They are a co-founding member of Jinsiangu, a Nairobi-based group working for the well-being of intersex, transgender and gender non-conforming people. Kat is currently studying social work and is interested in the connections between personal and community healing.

Heather is a Registered Social Worker, anti-racism advocate, equity educator and community development professional. With an extensive background in youth justice and education, she is the recipient of over ten public accolades for her leadership and community work both domestically and abroad. Heather is Toronto-born to parents who immigrated from Cameroon and Jamaica.

Thembani Mdluli is a Toronto-based writer, filmmaker, and intermedia artist. Their creative work often explores the ways in which systematic and structural oppression affect our capacity for intimacy and vulnerability. Mdluli is also a facilitator of film- and storytelling-based community projects, which create increased accessibility of visual storytelling to systemically marginalised communities. 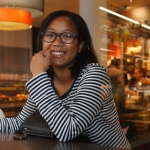 Patricia Njovu
Of Zambian and Mauritian-Chinese descent, Patricia spent her first 10 years growing up in Mauritius before making Toronto her new home. She holds a master’s in Museum Studies from University College London (UK) and a bachelor’s in Arts Management from UofT. Her focus is in museums as spaces for inclusivity and shared narratives.

Olivia Or is a mixed race feminist, activist, and emerging spoken word artist/written poet living in Toronto. She holds both an M.A. and B.A. from the University of Toronto in Women and Gender Studies. Both her academic and creative pursuits entail critical approaches to multiracialism in the context of Canadian multiculturalism. 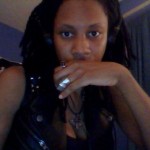 Lynx Sainte-Marie is a disabled/chronically ill, non-binary/genderfluid, Afro+Goth Poet of the Jamaican diaspora with ancestral roots indigenous to Africa (West, East and South) and the British Isles. Lynx is the founder of QueerofGender (QofG), a grassroots organization and transnational visibility project, celebrating the various experiences of gender within LGBTTQQ2SIAP+ Black, Indigenous and People of Colour communities. Lynx is a writer, multimedium artist, activist, educator and community builder.